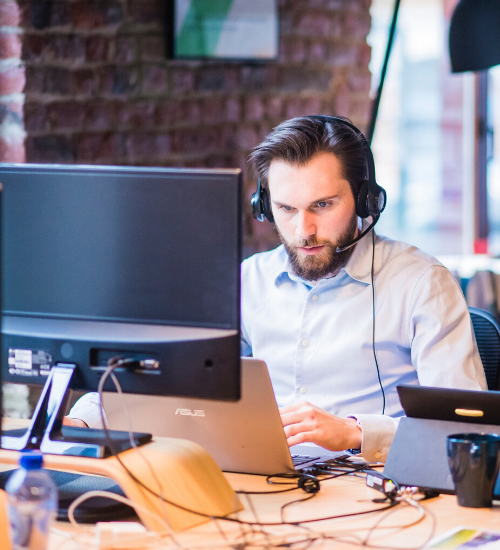 The big wireless carriers in the United States, as well as some cable companies, have all indicated that they’re interested in participating in the CBRS auctions in June.

But one of the more exciting prospects of CBRS is the opportunity for enterprises to get their hands on spectrum for the first time in the U.S. Previously, if an enterprise wanted to build a private wireless network, it had to work with a carrier to get access to spectrum. But with CBRS, enterprises can potentially own some spectrum for themselves.

Forward-thinking entrepreneurs are already creating businesses to tap CBRS. Case in point: Boris Renski has created a new company Freedom Fi, which will use CBRS for enterprise solutions. Renski was an early pioneer in the OpenStack community. He co-founded Mirantis in 2011 to use open source software from the OpenStack Foundation to build data center infrastructure.

Renski said that until now, the cellular network stack has been limited to those who can pay millions of dollars for spectrum; this has prevented new entrants in wireless and limited dynamic innovation. The CBRS auctions are about to change this.

“The new model has many exciting things to geek over, but the most impactful ramification is that it destroys the biggest barrier to competition and innovation in the cellular wireless space — access to clean wireless spectrum,” wrote Renski in a blog post. “The price of an entry ticket to build a cellular network just changed from ‘millions of dollars and years of FCC paperwork’ to ‘zero dollars and a single API call.’”

In an interview with FierceWireless, Renski said, “The most interesting segment that we aim to cater to is the enterprise sector where the use case will be to use all the benefit of the LTE and 5G tech stack combined with green spectrum that was previously unavailable.”

Freedom Fi will initially focus on “mission critical wireless” to replace Ethernet wires. Renski has his sights set on large venues that use a lot of connected devices, where it would be more convenient to use wireless than wired.

Freedom Fi wants to provide wireless for “all the things you historically connect to an Ethernet cable because Wi-Fi would not give you reliability,” said Renski. “The connections on LTE tend to be much more stable than Wi-Fi because they’re based on clean spectrum.”

Wi-Fi providers don’t like to talk about CBRS as something that may cannibalize their Wi-Fi business. They prefer to say that Wi-Fi and CBRS will be “complementary.” And perhaps they will be. Enterprises are likely to use a combination of the two.

But Renski says that LTE or 5G on CBRS spectrum will be superior to Wi-Fi “because they’re based on clean spectrum.”

There are also security benefits. “Wi-Fi is private in the sense that you buy your own router versus using that of AT&T or somebody, but it’s not really private in terms of the frequency over which the data travels,” said Renski. “Wi-Fi is based on unlicensed spectrum. Anybody can deploy devices that will broadcast within this frequency. I can deploy my Wi-Fi router next to a beer stand, and my Wi-Fi router will speak on the same frequency as the point-of-sale of the beer stand. Or I can very easily build hacking tools.”

CBRS will bring clean spectrum that is coordinated by the spectrum access system (SAS) managers, including Google, CommScope, Federated Wireless and Sony. Currently, the General Authorized Access (GAA), or unlicensed, portion of the CBRS band is open for business. The auction of Priority Access Licenses (PALs) is scheduled to start June 25, 2020.

Renski said Freedom Fi won’t actually be bidding for spectrum. Instead, it will serve enterprises that obtain spectrum for their own use. Enterprises that jump in on the PALs auctions might include owners of large venues like stadiums or airports, or perhaps some enterprises that have large manufacturing or staging facilities such as FedEx and Amazon.

Interestingly, Google is a SAS administrator, but it also operates Google Fi as a mobile virtual network operator (MVNO) and in that capacity it basically competes with Verizon, AT&T and T-Mobile. So, it will be curious to see if Google participates in the PALs auctions to obtain spectrum for Google Fi.

Renski said the evolved packet core (EPC) architecture is very unique and unlike the code he’s seen in the open source world when working with cloud computing infrastructure. But Freedom Fi plans to use existing open source projects to make private LTE at the enterprise cost efficient.

“The software we leveraged is probably 80% comprised of two large projects, Magma, which is an open source packet core built by the Facebook connectivity team, and the other is Open Air interface that is dedicated to building various components of an LTE network,” he said.

But he added that there aren’t huge numbers of developers who understand the telco stack. Most of those people either work for Ericsson or Nokia. “Changing that and helping accelerate those early deployments with a pool of people presents a huge opportunity,” he said.